I’ll come right out and say it, Genesis 20 got me a little fired up. It is the story of two people who do things they “ought not have done” and a God who seems to act very unfairly towards them.

I figured the best way to explain this was to play a little game called “Tip of the Hat, Wag of the Finger.” First up is a Tip of the Hat to Abimelech. 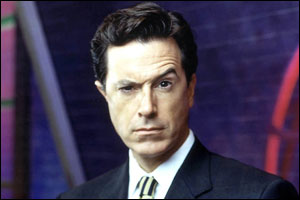 Oh Stephen, I hope this makes you proud!

What he did: Took Sarah into his house.Because, you know, she’s hott and he’s a king and that is just the way it goes. Ya dig?

Why he ought not have done it: She was married.

God’s Response: “Not cool bro. You really, and I mean REALLY ought to think about giving her back. Why? Well, I am going to kill you if you don’t.”

Princess Bride Quote: “Hallo! My name is Abraham of Ur. You took my wife. Prepare to die!”

Abimelech’s Response: Seriously?! I did that? Dang. You’re right. That was not cool at all! Here, have her back and take a bunch of other stuff. Oh, B-T-Dubs, you might not want to do that anymore, Abraham. That was super lame! You’d better check yo’self before you wreck yo’self. I could have been killed!

Lesson: Even the victims have to do the right thing. God does not let Abimelech off the hook even when he acted with integrity and innocence. That is pretty challenging.

Next up, a Wag of my Finger at Abraham:

What he did: Oy, where to start? He “lied” about Sarah being his sister. Apparently she is . . . sort of. Gross. He let her be taken into the house of a king, AGAIN. He assumed that there was no fear of God in Abimelech’s Kingdom. Wrong. And he assumed God was not at work there or able to preserve his life.

And we know what happens when you assume, right? You threaten the existence of an entire kingdom!

Obvious Question: Why did God choose this guy again?

Why He ought not have done it: He caused Abimelech to do something he didn’t want to do and that God didn’t want him to do. Apparently that is also “not cool.”

God’s Response: Crickets. Oh, and he gets mad at Abimelech! What?!

Abraham’s Response: “I didn’t techincally lie about Sarah. I mean, she is my half-sister. So what if I dropped the whole ‘wife’ thing! Now give me more stuff and I will pray for you.”

Lesson: Lesson? Seriously, I want Abraham to have to deal with at least some consequences! If God isn’t careful, Abraham is going to turn into a spoiled little brat! So I guess God also gets a wag.

But seriously, that last part does make me a little angry. how come God has such a harsh punishment in store for Abimelech when he was tricked into sinning against God? I am glad that he talks to Abimelech before he does anything terrible.

But no words for Abraham? Nothing? Once again, Abraham practically gets away with murder and God has absolutely zero to say about it.

But on a lighter note: God is at work even when Abraham doesn’t think he is. People Abraham would never expect are hearing and responding to God in obedience. This reminds me a bit of Melchizedek.

So I ask again: Who do you think are the Abimelechs and Melchizedeks today? How is God using them?