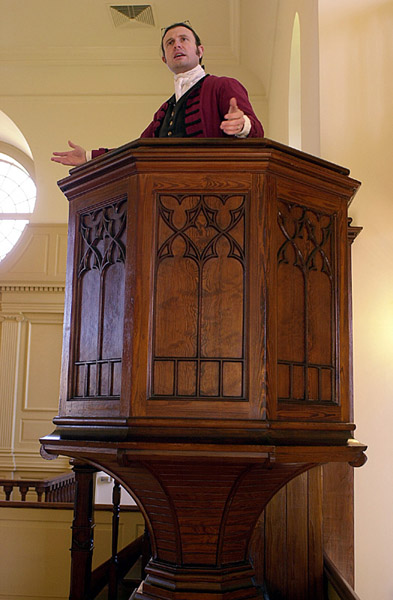 Listen, I know y’all are busy. I honestly don’t know how you find time to come up with and prep sermons each week. You do a lot of work and I bet you might feel just a little under-appreciated.

Well, fear not! I thought I would dedicate today’s post to you and help you out a bit.

How would you like them to all come from the same chapter in 1 Samuel?

That’s what I thought!

Sermon #1: Return to the LORD

“Then Samuel said to all the house of Israel, ‘If you are returning to the Lord with all your heart, then put away the foreign gods and the Astartes from among you.”

How many of us say we are returning to God and then don’t really change anything?

It’s time to get serious and put away those things that you put above God! Come on, people, what are you holding on to? What are your “foreign gods.” It’s ok. We all have them. Just come up after the service and lay them here at the altar.

We’ll have a smashing party later.

Sermon #2: Prayer is our Strategy

Where do you put your trust?

In planning? In making sure all your bases are covered?

We might think Israel was foolish for letting their guard down to worship while the vile Philistines were waiting for just the right moment to attack.

But they trusted in something more than military strength.

They trusted the LORD. And they prayed.

“Then Samuel took a stone and set it up between Mizpah and Jeshanah,and named it Ebenezer; for he said, ‘Thus far the Lord has helped us.’”

It is easy to forget what God has done in our lives. Am I right or am I right?

Let’s adopt a posture when faced with trials. Let’s just say to each other, “Well, God has helped us so far. Maybe he will again!”

Where in your life do you need to trust that God will help you?

We have stones to give out to everyone to help them remember that God has helped us so far. Take one and keep it in your pocket. Save it for a day when the Philistines attack you.

Wouldn’t you love to see John Williams compose the soundtrack to this chapter?

The Philistines have had a rough go the last few months.

Sure, they won a great and decisive victory over Israel. Sure, they captured the most important object in Israelite culture. But that doesn’t mean life has been rainbows and lollipops.

Tumors and terror have plagued their cities. Their god, Dagon’s capa was detated. Some victory celebration, right?

I know the Philistines are villains (or Vill-istines) in this story, but I gotta hand it to them, they know when they are beat. They know they have to get rid of the ark of God before something worse happens. They’ve heard what God did to Egypt and they do not want to go the way of Pharaoh.

What do they do? They repent.

They send the ark back with a guilt offering to the LORD. They know they were wrong. They admit it and make amends.

One day, in the border town of Beth-Shemesh, the people were out collecting the wheat harvest. They looked up and saw the ark come over the ridge pulled in a cart by a couple of cows.

They joyously ran out to meet it. The Levites took it down and made sure it was cared for. The people sacrificed the cows on a large stone.

It was a happy day.

Both Israel and Philistia responded to God appropriately.

But then (and this is where it will get weird if you are reading from a different version of the Bible) this guy, Jeconiah and his family decided to be crabby pooh-heads about the whole thing. They didn’t celebrate the return of the ark.

So God killed seventy of them.

That sucks. And just so you know I’m not being flippant about it, that is a disturbing passage.

What’s It Say in Your Bible?

“The descendants of Jeconiah did not rejoice with the people of Beth-Shemesh when they greeted the ark of the LORD; and he killed seventy men of them.”

But here is what it says in my NIV:

“But God struck down some of the men of Beth-Shemesh, putting seventy* of them to death because they had looked into the ark of the LORD.”

There is no note in my Bible about a discrepancy in translations or manuscripts. So I am very confused. Which is it? Does anyone have any answers for that?

I’m looking at you, David Lamb.

Well, either way, those men who looked into the ark or chose not to party didn’t respond as well as the Philistines. And when that happens, you know you have a problem.

What does your translation say? What do you make of God killing those men? 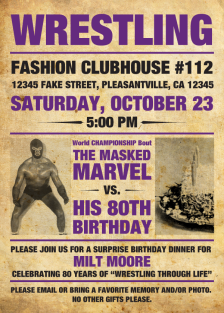 Tonight’s Fight: Dagon of the Philistines will be squaring off against YHWH of Israel.

Significance: This is the first time these two have personally matched up. Their people have skirmished from time to time, but this one is a Diety vs. Diety face-off. Should be a great match.

Key Factors: Dagon not only has the home-court advantage in Ashdod, but YHWH has been taken there from Shiloh against his wishes.

Also, the Philistines just won a major battle against Israel. The momentum is entirely on their side.

Results: Surprisingly, no one stuck around to watch the fight after dark. It is unclear how long it lasted but by morning, Dagon was pinned and lying face down before YHWH. Shocking!

Results: The Philistines we expecting Dagon to rally back in round two. Perhaps he just got a little over confident in the first round. They came back in the morning and discovered that round two had gone far worse than they could have imagined.

Dagon was “face down” before YHWH but this time his head and hands were cut off.

That’s the match, folks. Nothing more to see here.

The Hand of God

Is there a connection between the severing of Dagon’s hands and the repeated references to “the hand of the LORD?”

God was “kidnapped” by the Philistines. His people lost a huge battle. Things are looking pretty bad. So what happens?

God trounces the Philistines on their home turf, in their temple, in their cities, without any help from his people. He can do it all by himself.

The LORD’s hand was heavy and three great cities broke out in panic and tumors.

God is more powerful than the Philistines’ God. He is not limited by the might of his people or his geography.

This is a powerful reminder given that in a few chapters, Israel will cry out for a king when they don’t need one! God can handle it himself!

When was a time you were surprised at the way God worked all by himself?

Back by popular demand! Another little diddy about Bible people. You’re losing to the Philistines They beat you once. They are winning this war And even though you brought the ark They beat you down just like they did before You shouldn’t need to ask me why Remember all the things that I have said … END_OF_DOCUMENT_TOKEN_TO_BE_REPLACED

Here is Judges 17 as told by Internet Memes. I’m pretty sure I hit all the main points.

I’ve seriously been waiting two years for this chapter. Here’s why. Hey there Delilah what’s it like in Sorek City The women of the Philistines to me are oh so pretty, just like you Even if they just want me subdued How much they payin’ you? Hey there Delilah while we slept inside our bed … END_OF_DOCUMENT_TOKEN_TO_BE_REPLACED

Samson’s mom has got it goin’ on.  Seriously. She does. Let me give you a few reasons: Reason #1: The Angel of the LORD appears to her This doesn’t happen to just anyone. Hagar, Jacob, Moses, Joshua, Gideon . . . I might be missing a few. These are special people. Or maybe the Angel … END_OF_DOCUMENT_TOKEN_TO_BE_REPLACED

I’m reading Judges 5 and can’t help thinking, “Wait a minute, this sounds like rock and/or roll!” Whoever says Rock music is of the devil obviously hasn’t read Deborah and Barak’s song. Not least because I haven’t seen a shred of evidence for the devil in the Bible yet. No, the snake doesn’t count. Not … END_OF_DOCUMENT_TOKEN_TO_BE_REPLACED

There is a reason you rarely hear anyone preach on Judges 4. It is one of those counter-cultural passages that won’t fly too well in our “anything goes” world. But I’m not scared. Just because no one else has the brass to put these women in their place doesn’t mean I don’t. Check this out! … END_OF_DOCUMENT_TOKEN_TO_BE_REPLACED